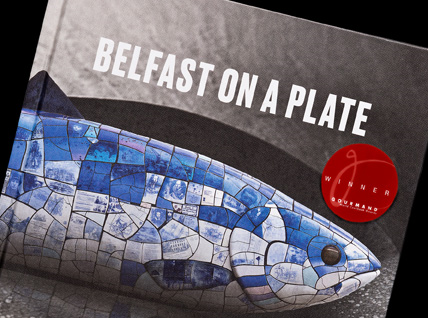 The Landlord and Management Team would like to congratulate David & Cheryl of The Studio, as they have returned from the Gourmand World Cookbook Awards where their book “Belfast on a Plate “ finished third at international awards show in China.

David was joined in China alongside partner Cheryl Johnston who also worked on the book, David was among seven writers in the running for an award at the Gourmand International Cook Book Awards, but while missing out on the top spot, the book picked up third place in the “photographer/publisher” category having been up against authors from France, Spain and the US.

The book features recipes from 20 Belfast Restaurants, including Deanes and Ox.

“Belfast on a Plate” is available for purchase at Eason, Waterstones, Amazon and all the featured Restaurants.